I live in Virginia, and one part of the coast is called the “Eastern Shore.” Do you see the sun rising over the east coast of Virginia, USA?

This is a traditional block. It’s usually in two colors such as red and white. I created this Eastern Shore block pattern (click on link to get the pdf) to show you how to make it, using four of the colors: Peach, White, Bordeaux and Coral, from the Ocean Sunrise palette. Let’s get started with the cutting instructions.

CUT ALONG THE SELVAGE

Why? The selvage side doesn’t stretch as much as fabric cut crosswise. As you sew the selvage-side strips, they will continue to be straight. The crosswise strips tend to bow and you’ll get curves instead of straight strips.

Why? It’s more efficient. Once you finish cutting the longer strips, you can go back and cut the smaller ones, then the 1.5″ squares.

You’ll notice from the diagram that each strip is 1″ longer as you move up the block. In the diagram, I made the “White” strips in a light gray to make them easier to see.

The color key and exact cutting instructions should help:

CHAIN PIECE EACH STRIP TO THE 1.5″ SQUARE

This will help you get nice straight seams.

SEW SINGLE STRIPS TO THE LEFT OF THE FIRST BLOCK

SEW THE PIECED STRIP TO THE TOP OF THAT BLOCK.

You should match the seams. You should now have a 4.5″ block.

SEW THE NEXT STRIP TO THE LEFT OF THE BLOCK.

Some photos of the process: 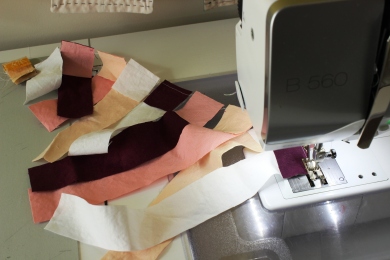 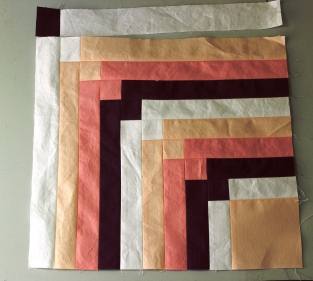 I made some additional blocks, using the Midnight and Daydream colors. It’s fun to experiment with the layout. 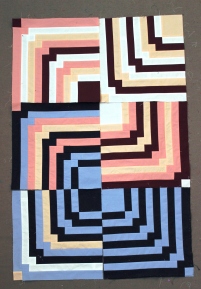 Let me know which one you like the most.

(Or I could make 30 more blocks and put them together as shown. That would be fantastic). 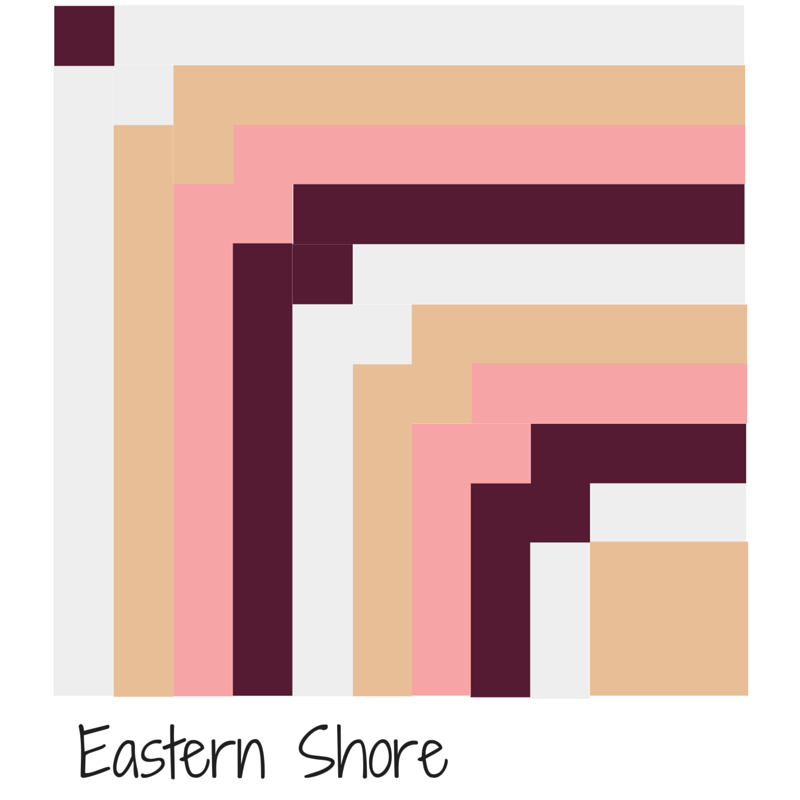